Parkinson’s Disease Market Size is Expected to Reach at USD 6,705 Million by 2030, Registering a CAGR of 11.5%, Owing to Aging Of The Global Population 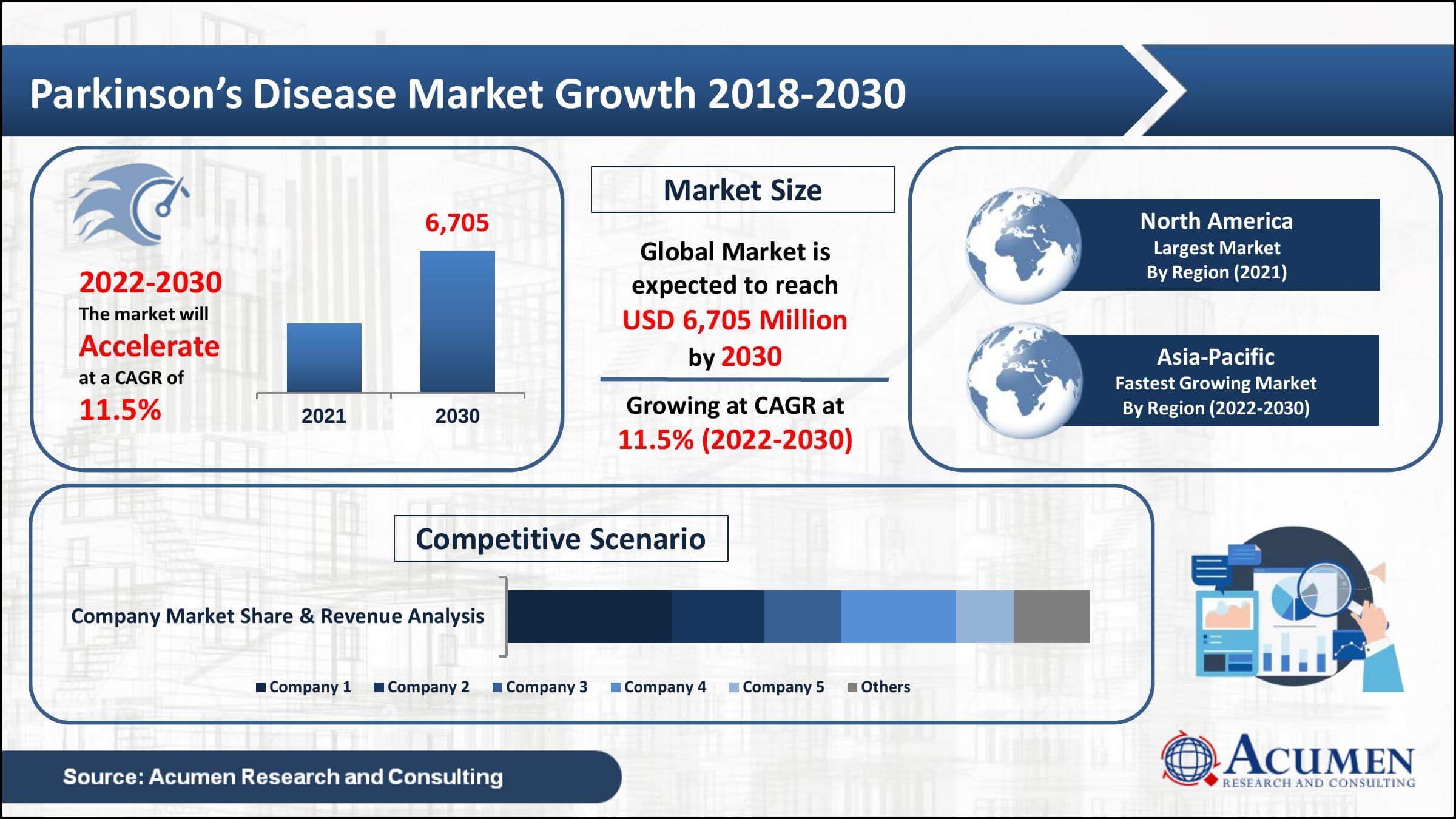 Request for a sample of this premium research report@ https://www.acumenresearchandconsulting.com/request-sample/2435

Receive our personalized services and customization by clicking here https://www.acumenresearchandconsulting.com/request-customization/2435