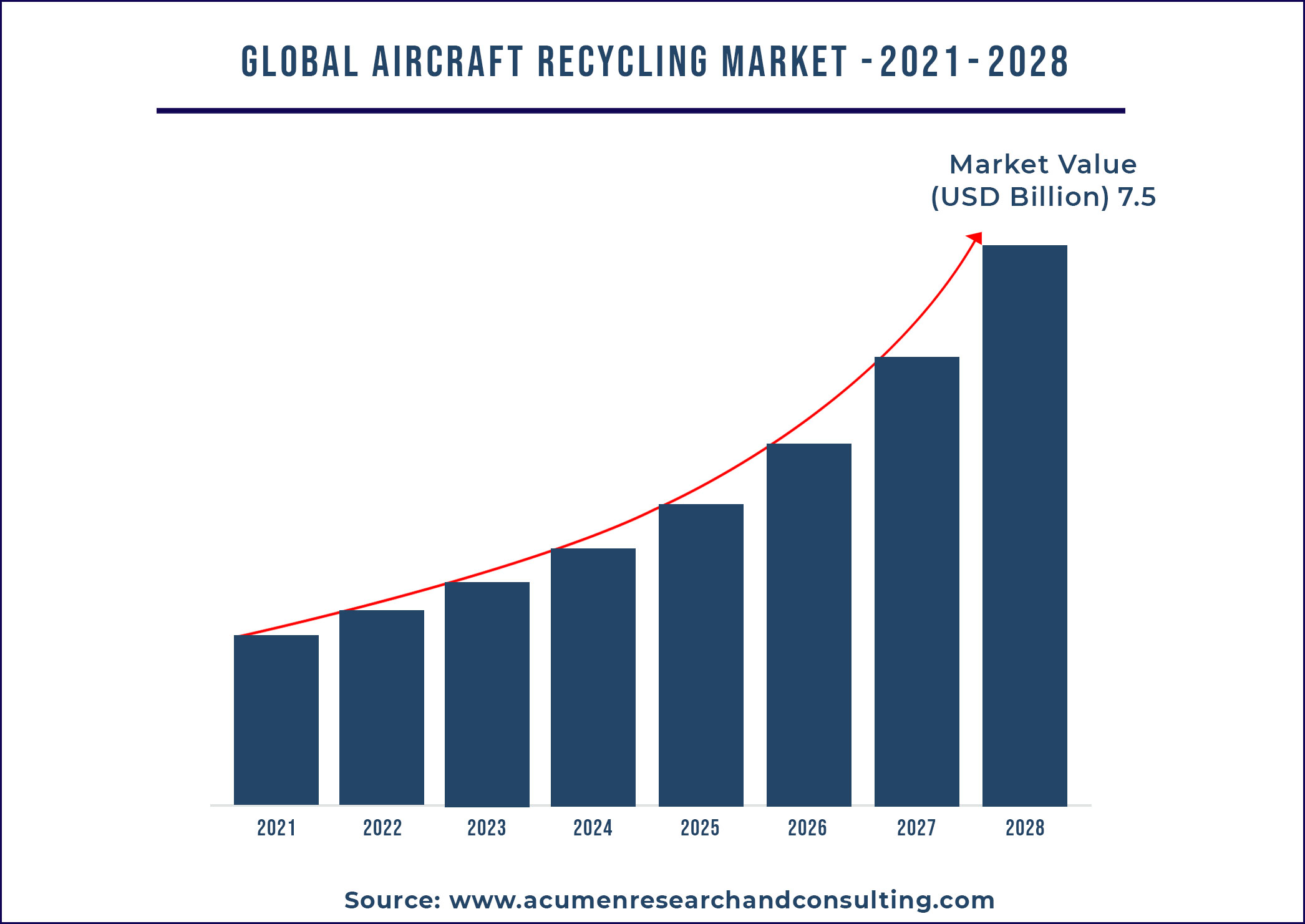 A typical plane will fly for approximately 20 to 25 years before being retired. The retirement of a plane for commercial use does not imply that its components have lost value. This is where aircraft recycling comes in to save the parts and materials. According to the Aircraft Fleet Recycling Association (AFRA), up to 12,000 aircraft could be scrapped over the next 20 years. It aims to perfect processes that will recycle 90% of an aircraft by 2016.

Sustainable recycling of aircraft components is the future of industry

According to the Air Transport Action Group (ATAG) report, the majority of the materials used in aircraft components, particularly in the fuselage, are manufactured from sophisticated alloys that necessitate a costly manufacturing process, often involving more difficult-to-obtain elements, resulting in recycling these materials becoming important and the actual recycling process having a significant impact on overall sustainability. Rather than separating out the various materials and alloys containing the panel, the traditional method is to simply recycle the materials collectively. This method is far less efficient, resulting in the processing of lower-value metals. Currently, a new initiative under the Clean Sky Program called the "European SENTRY Project" is working to change this process, allowing the materials to be re-used for their original purpose, which is to manufacture aircraft. This advanced recycling process will undoubtedly improve the overall sustainability of the aviation industry and eliminate the wasteful loss of these valuable materials from aviation.

Green aviation is one of the most significant contributors to global carbon emissions, and the aviation industry is well aware of its responsibilities in terms of mitigating the effects of carbon dioxide. Green aviation is an umbrella term for sustainable practises in aerospace that include increasing fuel efficiency through engineering, developing biofuels, and offering innovations through aircraft recycling, Carbon Offsetting and Reduction Scheme for International Aviation (CORSIA), and additive manufacturing. The international community is working hard to adopt more environmentally friendly practices. For example, in 2005, Airbus launched "PAMELA," project to established itself as a leader in the field of aircraft recycling. The aimed to recycle 85 percent of each aircraft's components could be safely and effectively recovered, recycled, and reused compared to only 60 percent prior to the project's inception. Such factors, combined with a strong support for green practices, will fuel the growth of the global aircraft recycling market.

According to the EEPCINDIA report, while custom laws in India allow free import and export of leased aircraft, there is no such regulation for dismantled parts. However, the Reserve Bank of India (RBI) has currently resolved this issue by offering a solution by exporting leased helicopters, aircraft, engines, and other parts-in complete or knocked-down condition. This minor change benefits India's start-up industry by making it a hub where retired aircraft are restored and make it reusable. One such significant change creates new opportunities for the maintenance, repair, and overhaul industry, thereby having a positive impact on the global aircraft recycling market's growth. 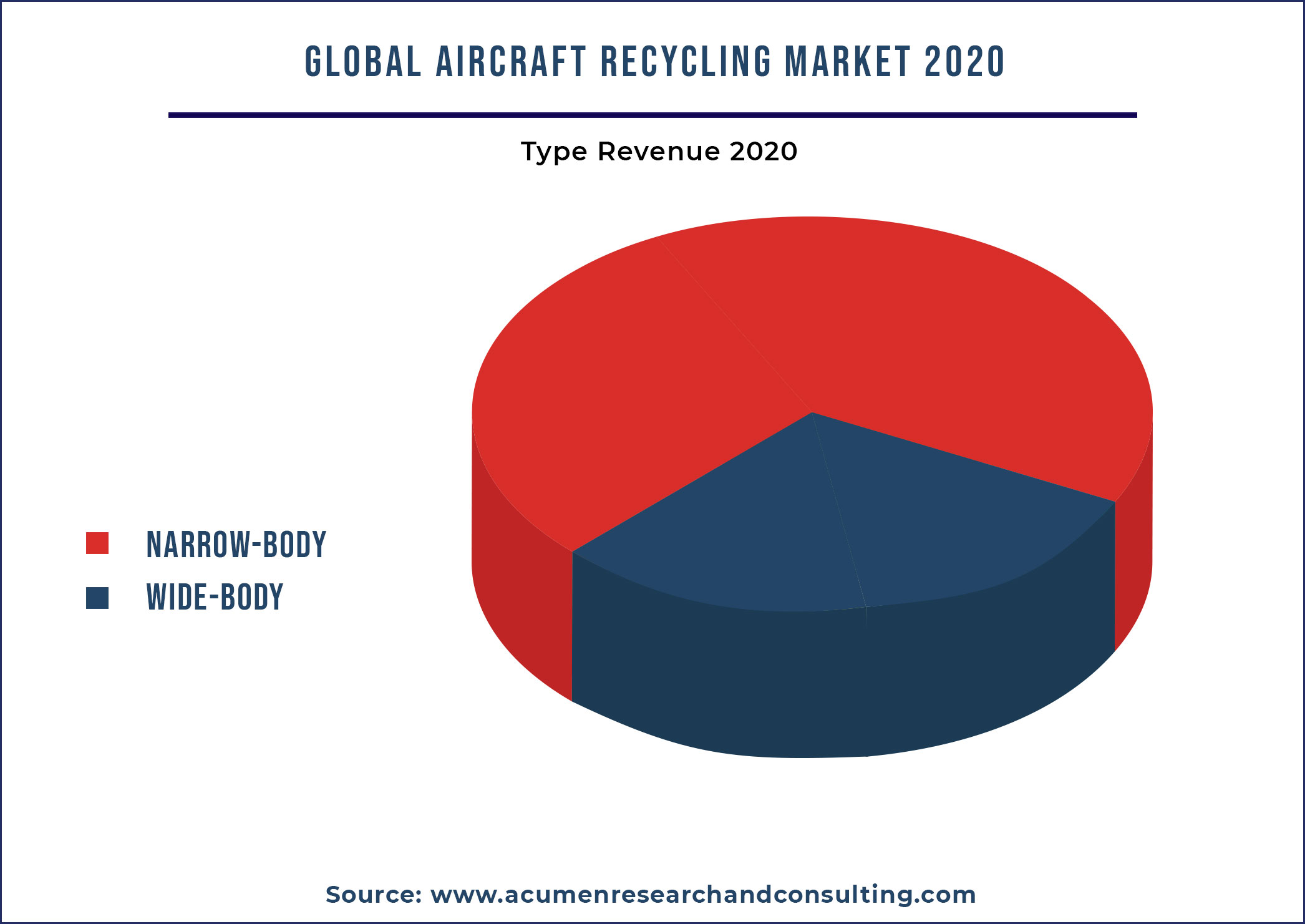 Based on aircraft, narrow-body aircraft are expected to dominate the global aircraft recycling market and will continue to do so throughout the forecast period. Currently, low-cost carriers around the world rely on narrow body aircraft fleets (and often the smaller aircraft in that group), providing some evidence that small aircraft are more fuel efficient, and thus cost effective, than large aircraft. Such factors contribute to segmental growth, which in turn contributes to market growth overall.

In terms of product, the engine segment will provide profitable opportunities for the overall market in the coming years. According to the ATAG report, aircraft engine manufacturer Rolls-Royce has designed a recycling program that is now in operation at over 100 locations worldwide to recover and recycle exotic materials. Previously, the company developed new processes for removing coatings, separating alloys, and cleaning waste metal. Unusable engine parts and waste metal from titanium machining are recovered and reused. Almost half of a used engine can now be recycled, and the quality of the recovered material is now high enough that the metals can be safely reused in the development of new engines. Furthermore, the end result is a reduction in the need for raw materials and a measurable reduction in the environmental impact of the manufacturing process. Such factors are to blame for the overall dominance of the aircraft recycling market. 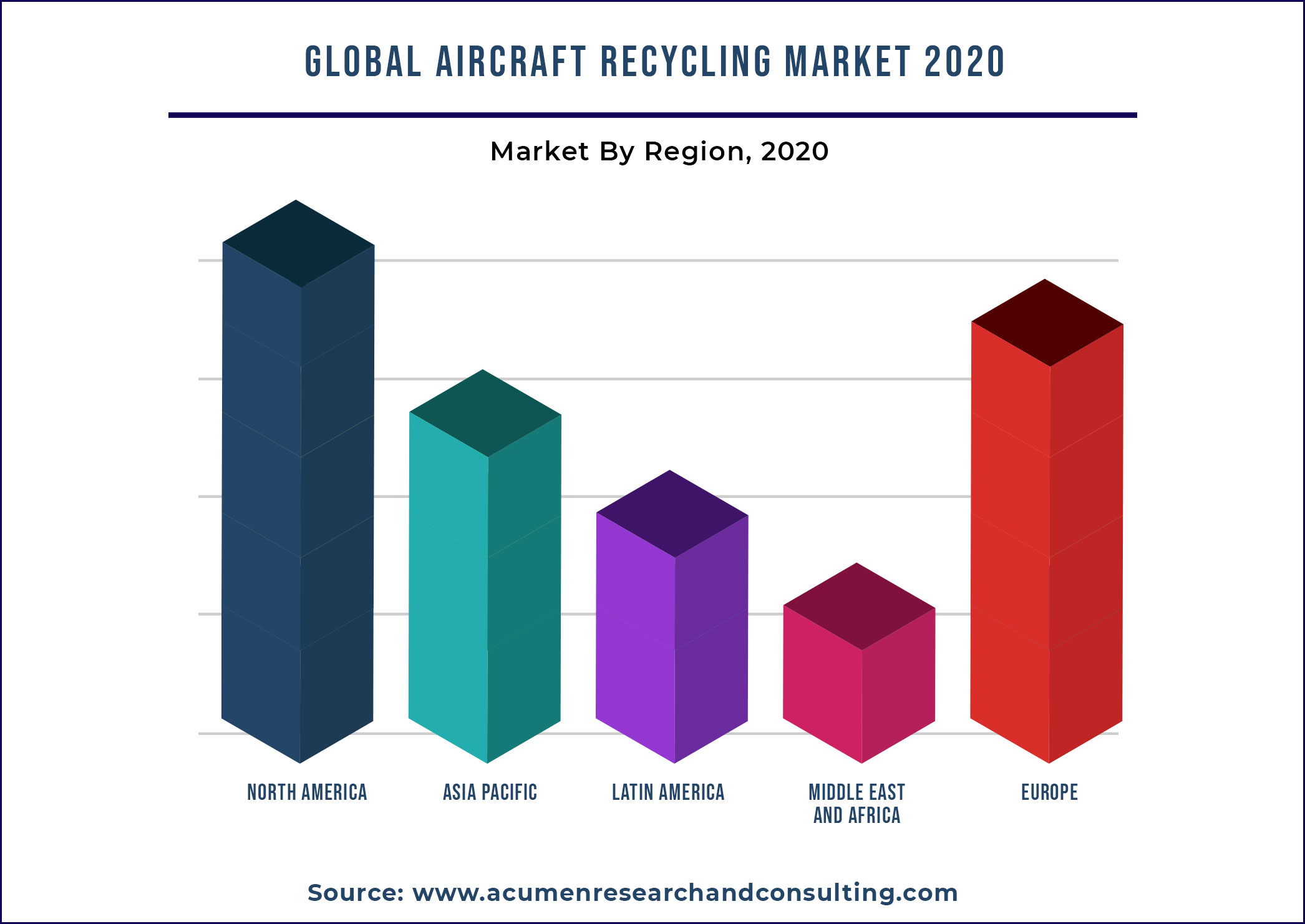 The new facility opened in the summer of 2020 and will be fully operational in the fall of 2021. Such factors will undoubtedly have a positive impact on regional growth, ultimately contributing to the overall growth of the aircraft recycling market.

What will be the market value of the aircraft recycling market?

Aircraft recycling market is expected to reach a market value of around US$ 7.5 Bn by 2028.

At what CAGR, the aircraft recycling market is expected to grow during the forecast period (2021-2028)?

Which is the leading segment in the aircraft recycling market?

Based on product, engines segment is the leading segment in the overall market.

What are the key drivers of the aircraft recycling market?

Favorable government regulation is one of the prominent factors that drive the demand for aircraft recycling market.

Which are the prominent players in the aircraft recycling market?

Which region held the highest market share in the aircraft recycling market?

Which region is expected to be the fastest growing market over the forecast period?