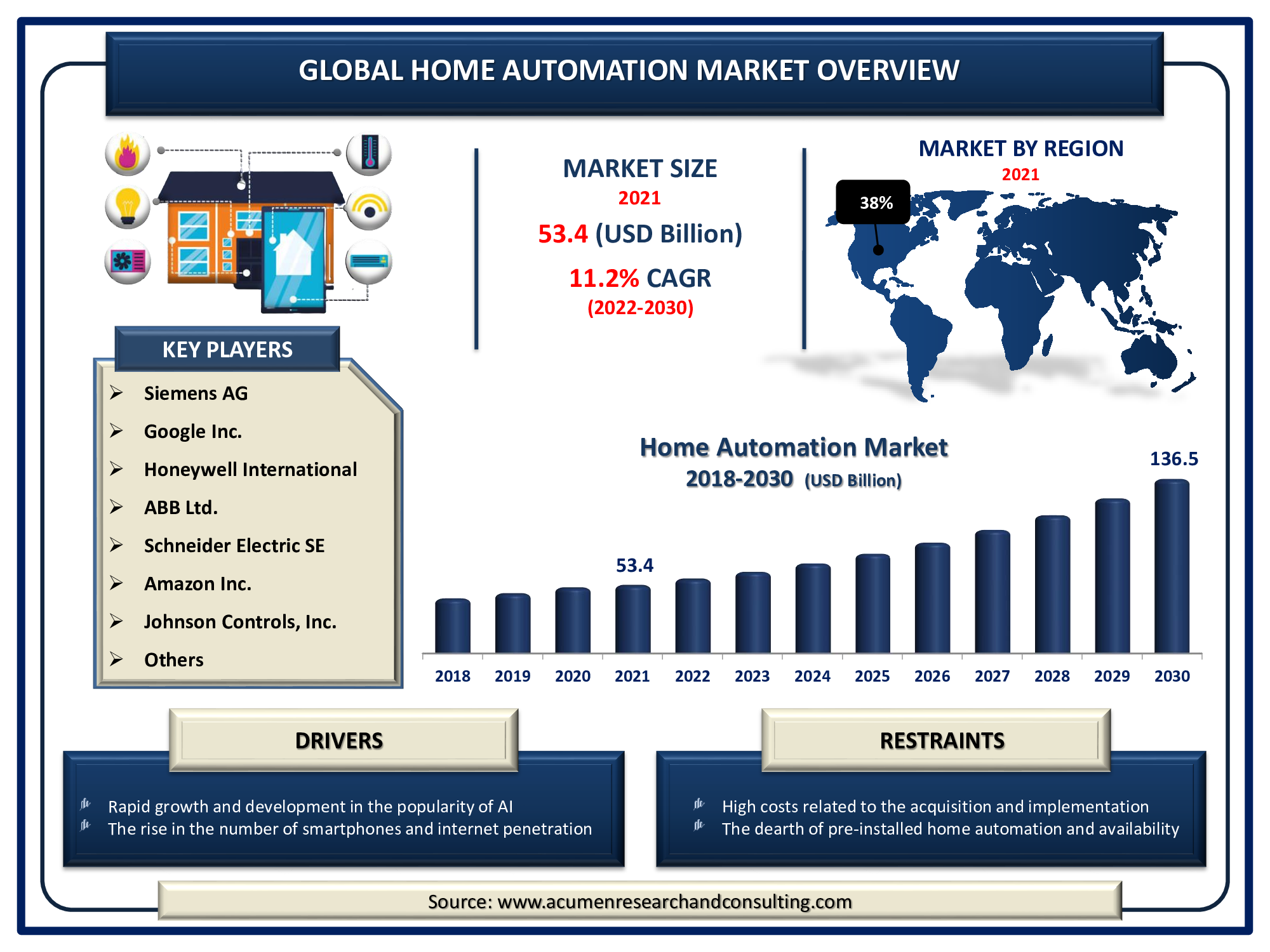 Home automation delivers high-end solutions and automates our products and systems with advanced digital technologies. Home automation provides better efficiency and improved performance to automate the system's domestic and household activities. Consumers want to customize, professional systems that are easy to use and installed.

Building automation industry developments, which saw the introduction of advanced technology and equipment, also called smart home and intelligent building, have changed the way products and services are delivered. These technologies have been the center of continuous research and development in order to compatibilize the product with Smart & Sustainable Home and Building projects with a focus on improving consumer experience. The global adoption of domestic controls increased technological advances and improved connectivity solutions. The installation of automated control systems has been simplified with the advent of different wireless technologies such as ZigBee and Bluetooth. The adaptability of different components with each other has been increased by different standards for home automated controls such as EnOcean and Z-waves. Further improvements of the automation systems in various end user segments are expected to fuel their adoption.

In addition, the cost reduction measurements that also develop demand for market in both developed and developed economies facilitate smart home automation systems. Home automation involves the implementation of certain electronics and electrical systems in a degree of automation and computerized control. These devices include garage doors, safety systems, control of temperature, video / audio equipment, electronic doors and lighting. The system can be operated by devices such as laptop or Mobile Telephone that are enables Wi-Fi or Bluetooth, whereas a desktop computer is a server. Hardware costs, as are the hardware required for most users, and installation costs are considerably low. The home automation solution satisfies different applications ' interoperability requirements and is at the same time easy to use and install. The biggest driver is expected to be the increase in the aging population. The market's growth can be challenged by high initial installation or installation costs and lack of standard guidelines. However, this challenge could be overcome by the corresponding decline, price and increase in home automation. Growing consumer electronics interests, increasing consumer availability income, introducing smart grids and helping to communicate power line are some of the factors which can drive growth in the market positively. But unethical technological violations, a lack of consumer awareness and skills could pose a challenge for the growth of the market.

The global home automation market segmentation is based on the application, technology, channel, and geographical region.

According to the home automation market forecast, the entertainment system segment will grow at the strongest rate in the market over the next few years. It can regulate television and multimedia sources. This can be related to the expanding number of options accessible on the marketplace, such as Amazon Echo, Google Home, and so on, as well as consumers' willingness to purchase them. 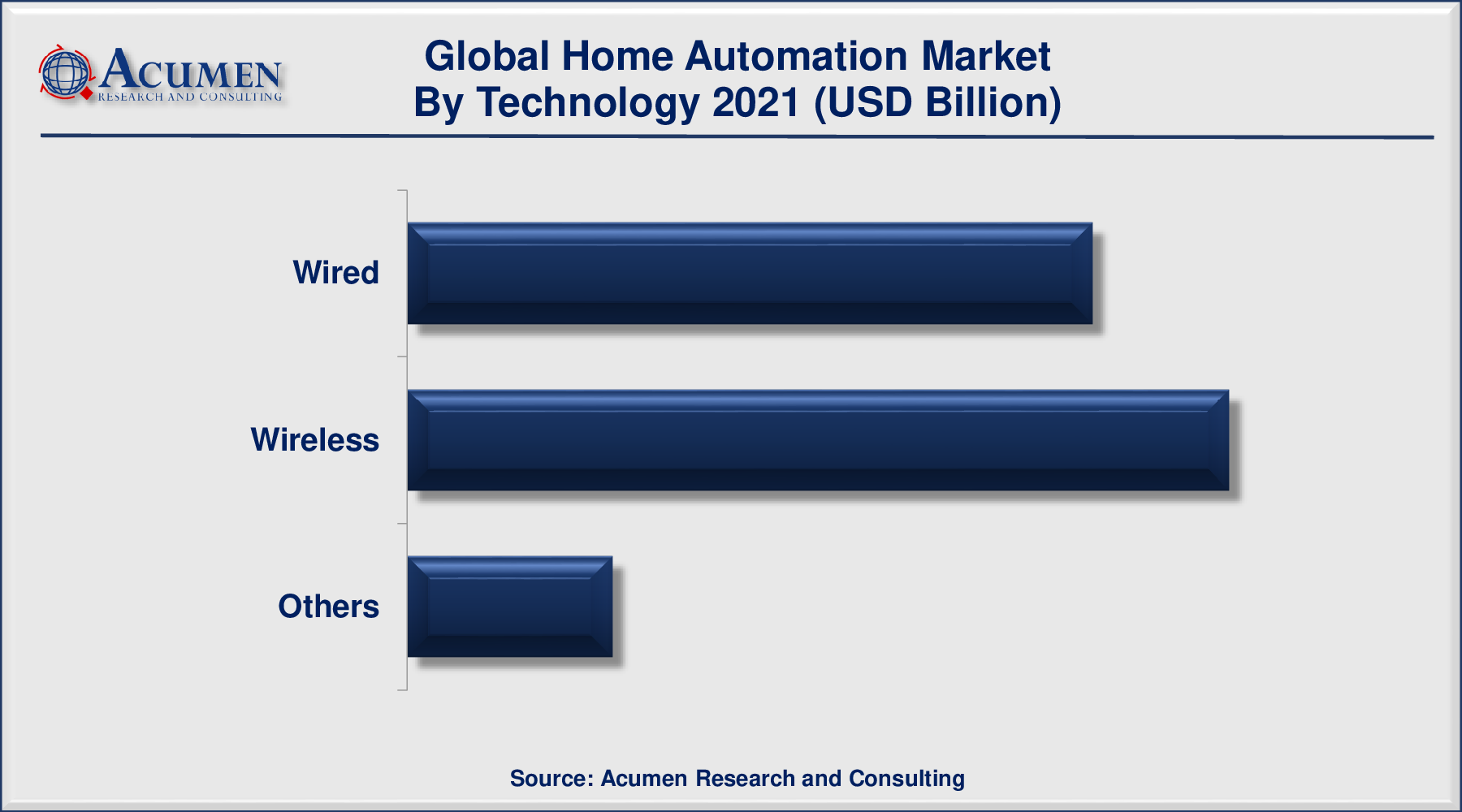 Based on technology, the wireless segment is expected to increase significantly in 2021. This is related to the increased popularity of wireless systems for home automation and the ease of installing them as well as using them. Furthermore, wireless smart home devices with IoT are a cutting-edge the internet of things applications intended to manage household appliances remotely via the web application.

According to the home automation industry analysis, the mainstream segment is expected to account for a significant market share in 2021. This is owing to the increasing cost and simplicity of such systems for home automation. Such systems provide consumers with protection, convenience, comfort, as well as energy consumption by leveraging the growing ubiquity of gadgets, which are typically controlled via a single code base on their smartphones or even other connected technologies. 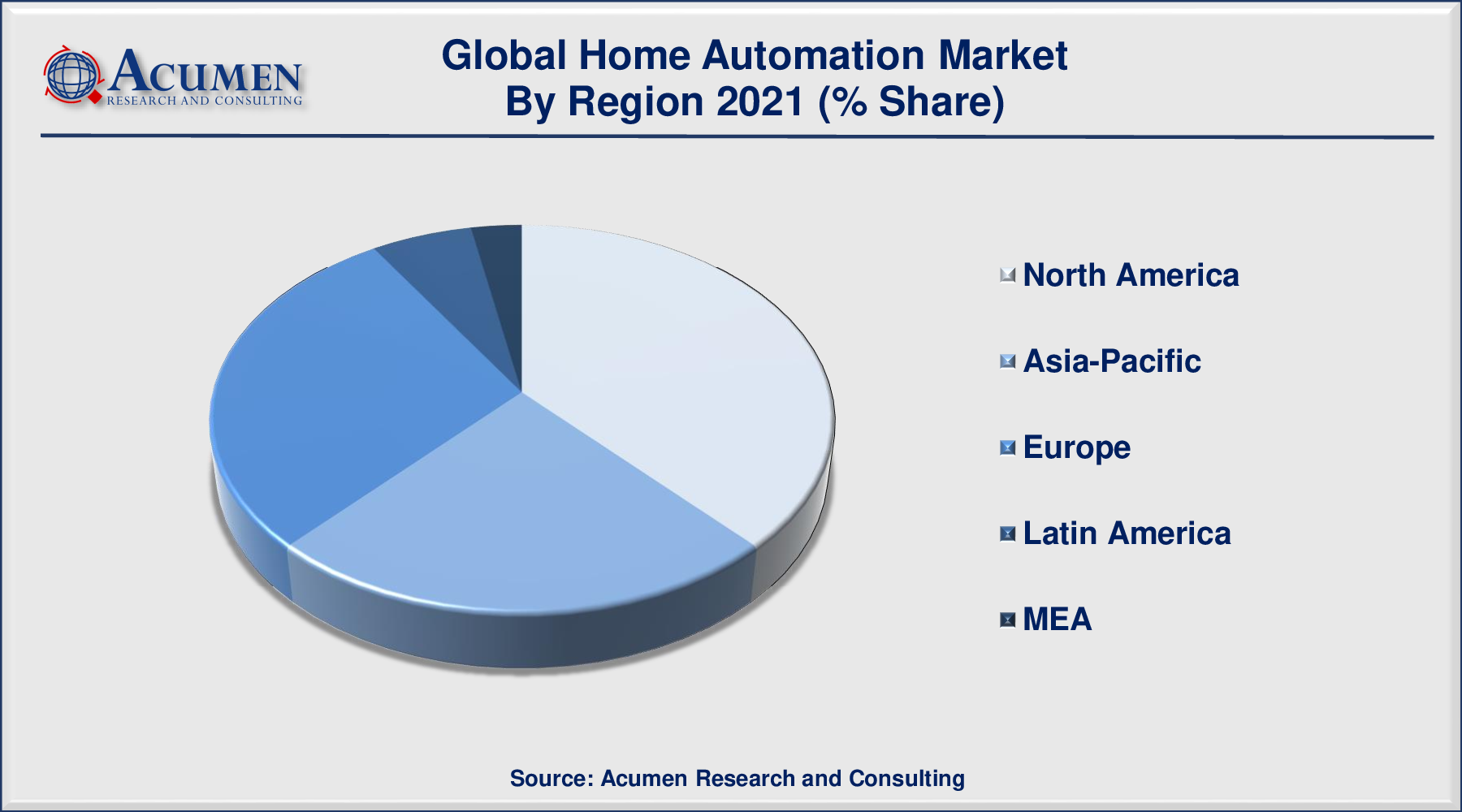 Asia Pacific is an important part of the worldwide plastic conductive compound market, with a significant market share. The growing adoption of home automation in electrical applications is one of China's main consumers of home automation. The country is also one of the leading manufacturers of plastic leading compounds. The marketing of leading plastic compounds in Asia Pacific should be driven by the presence of big electrical and electronic component manufacturers and various small domestic manufacturers of plastic compound in that region. The transition to East Asia from the western hemisphere of production capabilities of electrical components and electronic devices is expected to boost demand for leading plastic compounds. Moreover, in several end-use industries in this region, plastic compounders expand their production facilities to meet the growing demand for conducting plastics compounds. The rapid industrialization and expansion of production sites with electric and electronic components are planned to propel demand for conductive plastics in India, South Korea, Thailand and Vietnam. The impact of ongoing research and development activities in North America and Europe between universities and plastic converters is high. Consequently, in North America and Europe, the market for conducting plastic compounds is likely to expand rapidly during the predicted period.

With the attendance of many small and medium-sized manufacturers, the market is fragmented. The strong presence of local manufacturers and suppliers is one of the main reasons for market fragmentation. In addition, companies focus on product adaptation, strategic partnerships and new customer acquisitions to gain more market shares.

How much was the global home automation market size in 2021?

The global home automation market size in 2021 was accounted to be USD 53.4 Billion.

What will be the projected CAGR for global home automation market during forecast period of 2022 to 2030?

Which region held the dominating position in the global home automation market?

North America held the dominating share for home automation during the analysis period of 2022 to 2030.

Asia-Pacific region exhibited fastest growing CAGR for home automation during the analysis period of 2022 to 2030.

What are the current trends and dynamics in the global home automation market?

Rapid growth and development in the popularity of Artificial intelligence, and increasing homeownership among millennial consumers worldwide are the prominent factors that fuel the growth of global home automation market.

By segment technology, which sub-segment held the maximum share?

Based on technology, wireless segment hold the maximum share for home automation market in 2021.