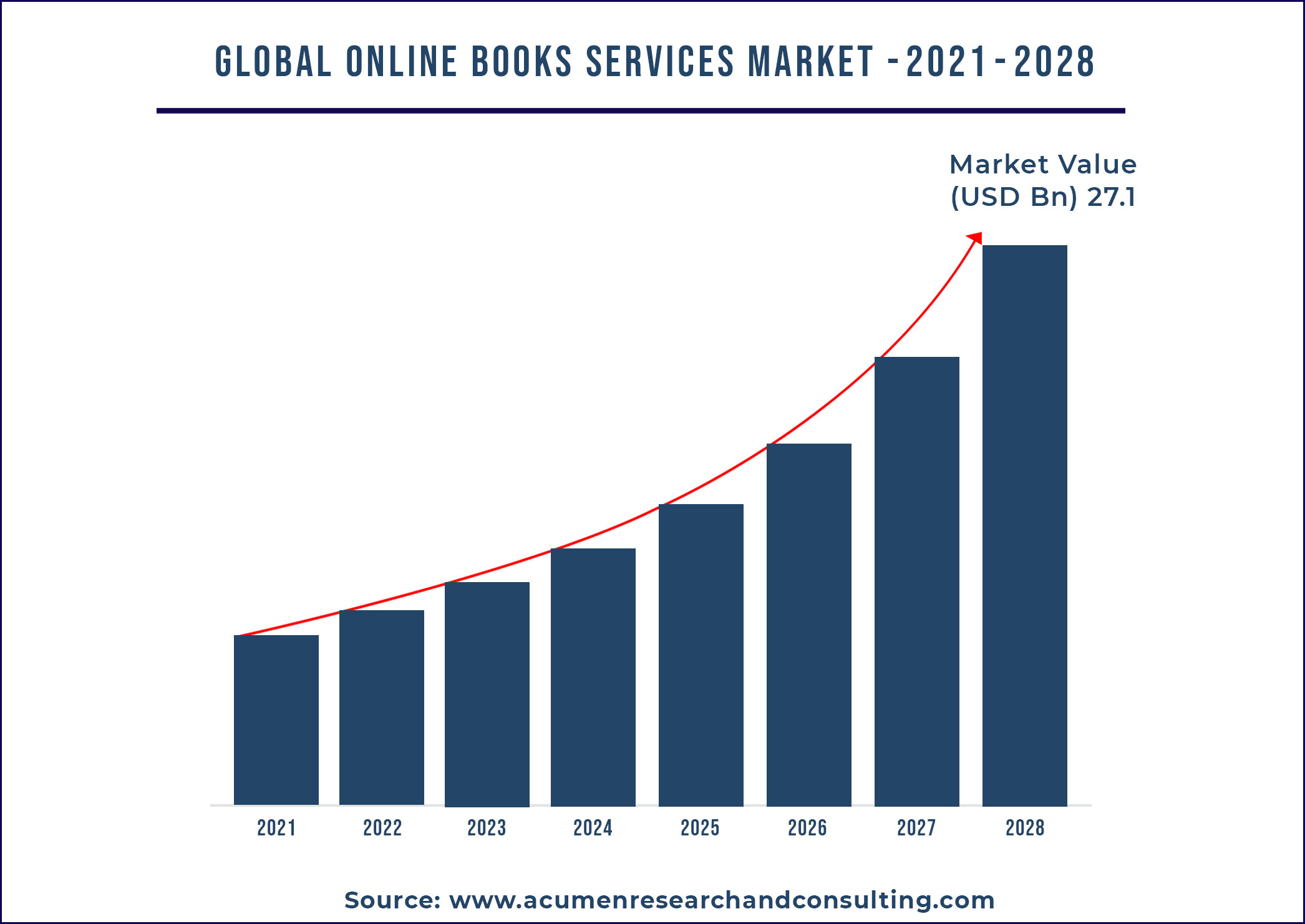 The presentation of electronic files on digital displays is known as online book service. Other content can be visualized on such devices, despite the fact that the term "online book services" implies book-oriented information. Static texts and images are typically displayed in conjunction with a presentation of moving images and audio. Furthermore, online book files can be provided as recording units (discs) or downloaded from digital repositories (via websites) to desktop computer monitors, laptop screens, portable digital assistants (PDAs or Palm-type devices), cell phones with expanded displays, pocket pagers, and dedicated digital reading devices (currently referred as online book services or e-books).

According to a Pew Research Center report, a pre-holiday survey found that 17 percent of Americans aged 18 and older had read online books, and a post-holiday survey found that number had risen to 21%. This is due to an increase in the ownership of e-book readers and tablet computers during the holiday gift-giving season. For example, ownership of online book readers such as Kindle and Nook has risen to 10%, resulting in a 10% increase in ownership of tablets and computers such as iPads and Kindle Fires. This means that 29% of Americans aged 18 and up own at least one specialized device for accessing online book services, such as a tablet or an e-book reader.

According to a Queensland Government report, social media are internet services that allow people to interact with one another while also sharing and creating content through online communities. The benefits of using social media for online book services include a broader reach, the ability to target specific groups that reach millions of people worldwide, and being available for free or at a low cost. Over time, the majority of businesses have used online technology to support their marketing efforts by developing mobile applications, modifying websites to ensure that they work properly on mobile devices, and providing customers with the option of paying online. Such factors have a positive impact on the global online book services market's growth. 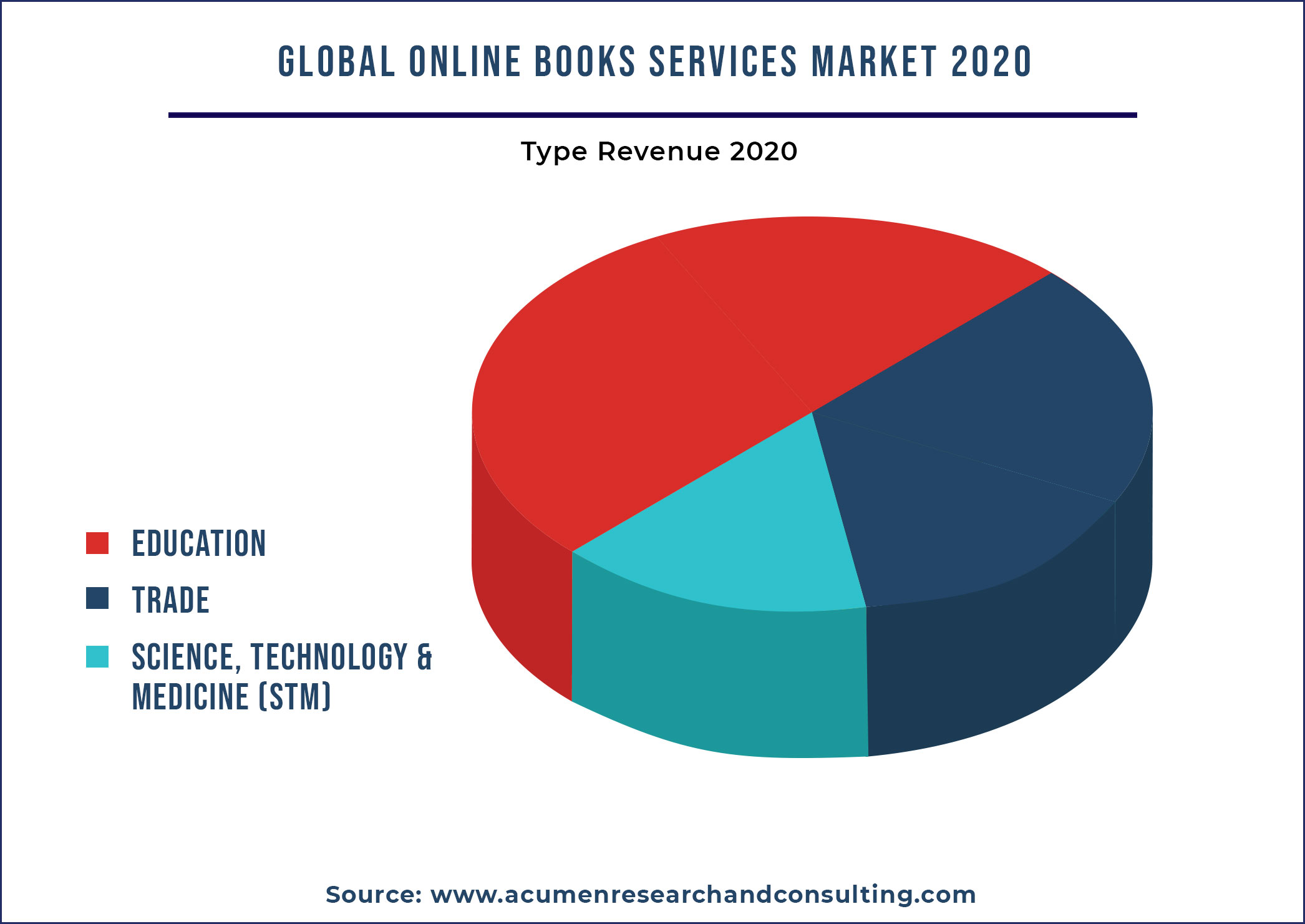 Based on product, the education segment dominated the overall market in 2019 with a significant share, and this trend is expected to continue throughout the forecast period. According to a World Bank Group report, the majority of educational authorities in middle and low-income countries intend to approach large-scale procurement of digital learning materials in such a way that they can be viewed as online textbook purchases. Furthermore, as ICT has gained prominence in many education systems in middle and low-income countries, many education ministries prefer to have schools access content from a single central location that is overseen in some way by the ministry itself. Such factors have a positive impact on segmental growth, which in turn contributes to overall market growth.

North America has held the lion's share of the online books services market in the past and is expected to do so again during the forecast period. This is due to the increasing popularity of e-books in this region, which accounts for a steady increase of 16% of all Americans aged 16 and older to 23%. According to the Pew Internet Survey, 75% of Americans aged 16 and up said they read books online through any platform or channel. Such factors are largely responsible for the regional expansion of online book services, which in turn contributes to the overall market's expansion. 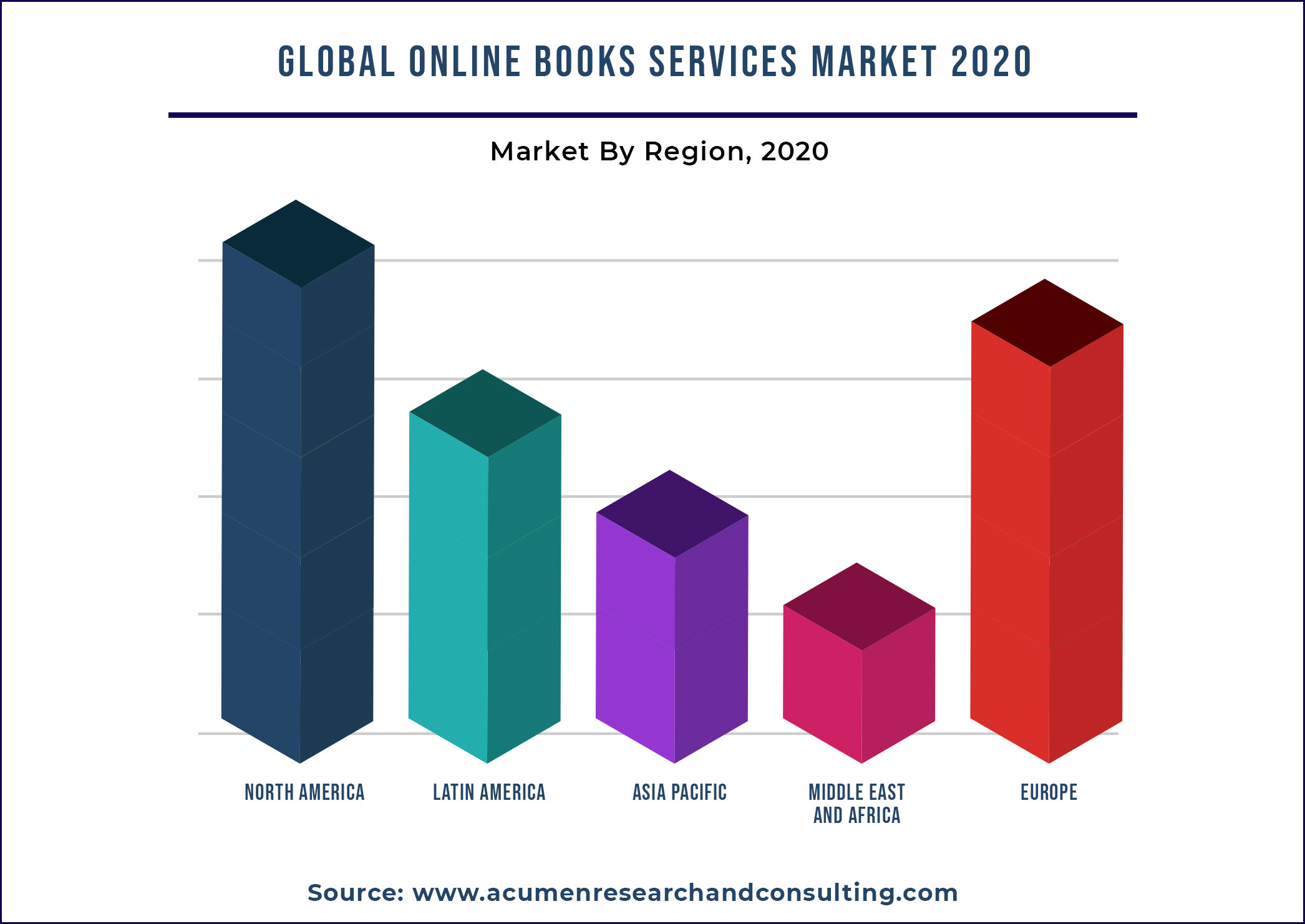 Asia Pacific, on the other hand, is expected to have the fastest growing CAGR in the online books services market in the coming years. According to the SELF-PUBLISHING ADVICE report, the majority of indies are focusing on mature western markets because they are easy to access, have a large online population, and speak English or European languages that are easily translated into. The main reason for the all-time high CAGR in the coming years is due to APAC countries organizing book fairs that can attract visitors ranging from thousands to two million. Big Bad Wolf, for example, was transporting literally millions of English language books to APAC countries such as Thailand, Cambodia, Myanmar, Sri Lanka, Malaysia, and the Philippines to be sold in 11-day, 24-hour flash sales that drew hundreds of thousands of visitors. Furthermore, focusing on digital distributors and obtaining the best of each, rather than relying on a single player, boosts the growth of the APAC market, contributing to overall market growth.

What will be the market value of the online books services market?

Online books services market is expected to reach a market value of around US$ 27.1 Bn by 2028.

At what CAGR, the online books services market is expected to grow during the forecast period (2021-2028)?

Which is the leading segment in the online books services market?

Based on product, education segment is the leading segment in the overall market.

What are the key drivers of the online books services market?

Rising adoption of digitization is one of the prominent factors that drive the demand for online books services market.

Which are the prominent players in the online books services market?

Which region held the highest market share in the online books services market?

Which region is expected to be the fastest growing market over the forecast period?