A sperm count test is a laboratory test that determines how many sperm are present in a man's sperm. It is an important indicator of male fertility because it can help predict a man's ability to father a child. A trained professional usually performs the test in a laboratory and collects a sample of sperm, which is then observed under a microscope to determine the number of sperm present. The outcomes of a sperm count test can help men diagnose fertility issues and determine the most appropriate course of treatment. Growing cases of male infertility are the leading aspect that is expanding the application of sperm count tests. As per the World Health Organization Data, infertility is diagnosed between 48 million couples and 186 million individuals in the world. 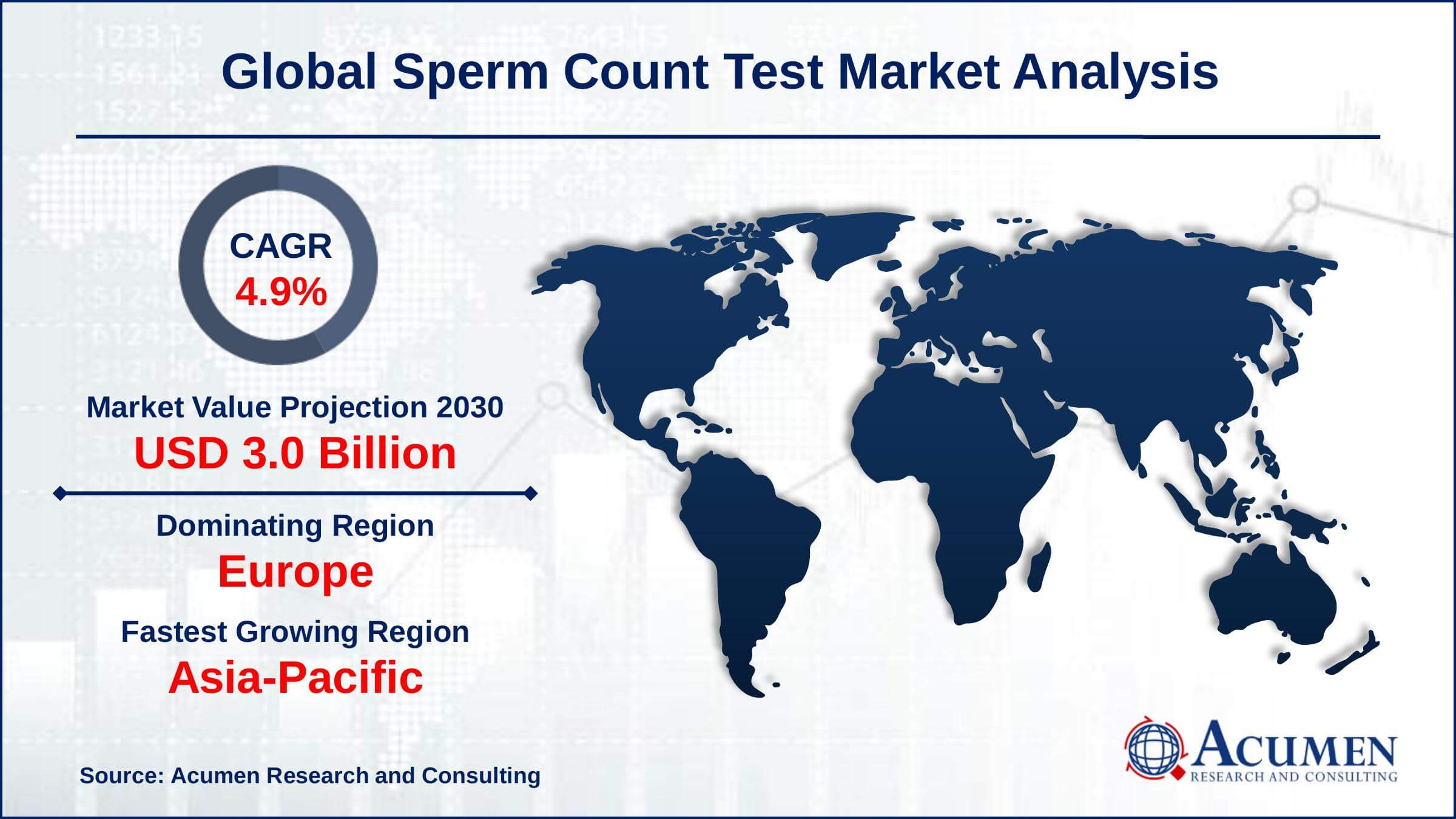 Furthermore, there have been significant technological advances in the field of fertility testing, including the development of more accurate and efficient sperm count tests. Then again, increasing adoption of assisted reproductive technologies is one of the aspects that is expected to generate significant growth opportunities for the market in the coming years. The use of assisted reproductive technologies, such as in vitro fertilization (IVF), is on the rise. These technologies often involve the use of sperm count tests to assess the quality of the sperm being used.

The worldwide sperm count test market is categorized based on technique, age group, end-user, and geography.

According to an industry analysis of sperm count tests, the microscopy sub-segment is considered a prominent technique to determine sperm count. There are several microscopic techniques by which the count of sperm can be analyzed. Some of the most commonly used techniques include hemocytometer, improved Neubauer chamber, makler chamber, and computer-assisted sperm analysis (CASA). On the other hand, the smartphone-based sub-segment is anticipated to witness a quick growth rate in the coming years owing to the growing penetration of smartphones and increasing advancement in technologies. 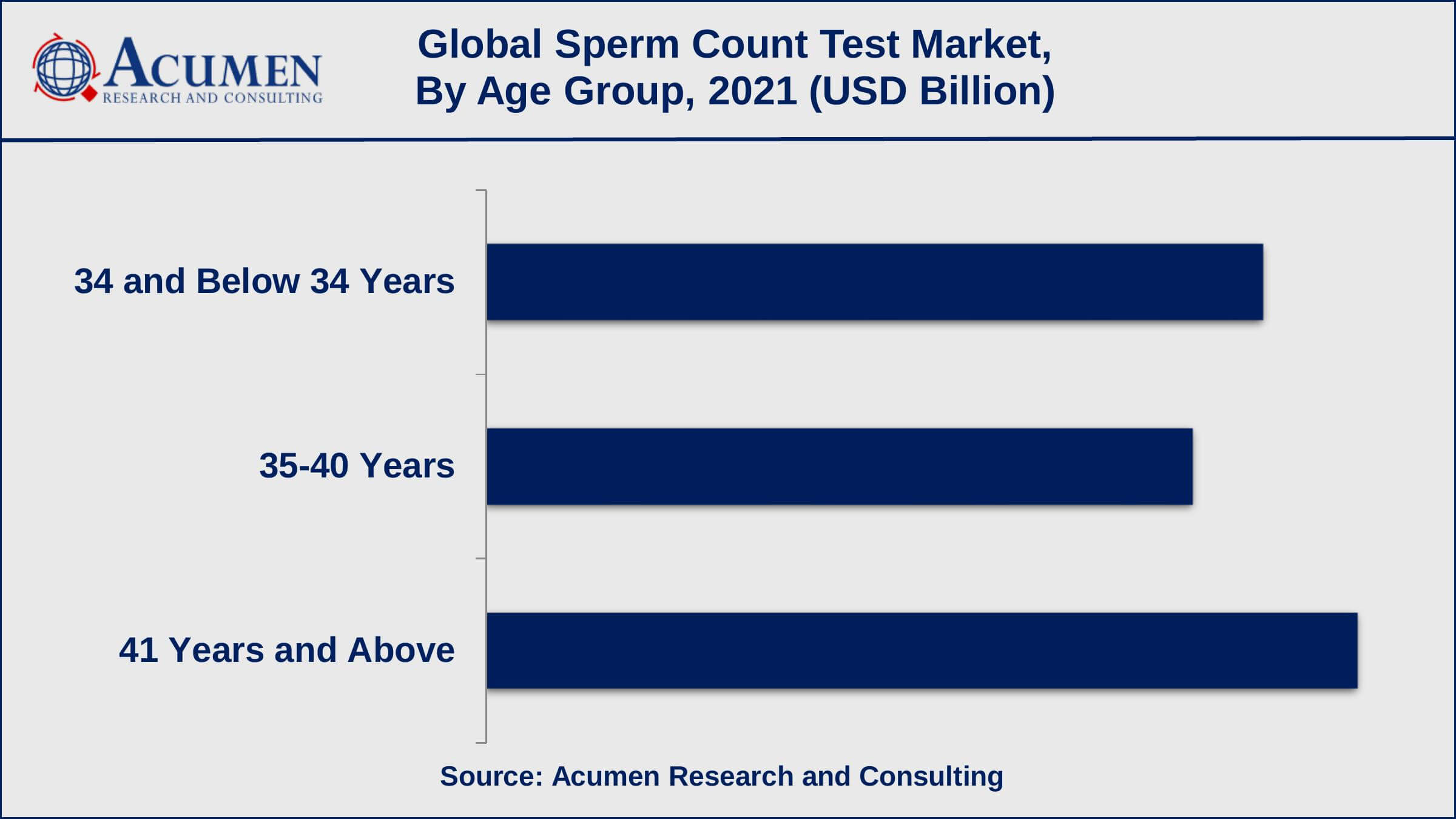 Based on the age group sub-segment, the market for 41 years and above gathered maximum market share in 2021. It is normal for a man's sperm count to decrease with age, and it is common for men over the age of 41 to experience a decline in fertility. Some of the major factors that drive this age group growth include age-related changes in testicles, health conditions, environmental factors, and lifestyle factors. However, 35 to 40 years age group is expected to grow with a noteworthy CAGR throughout the projected years. 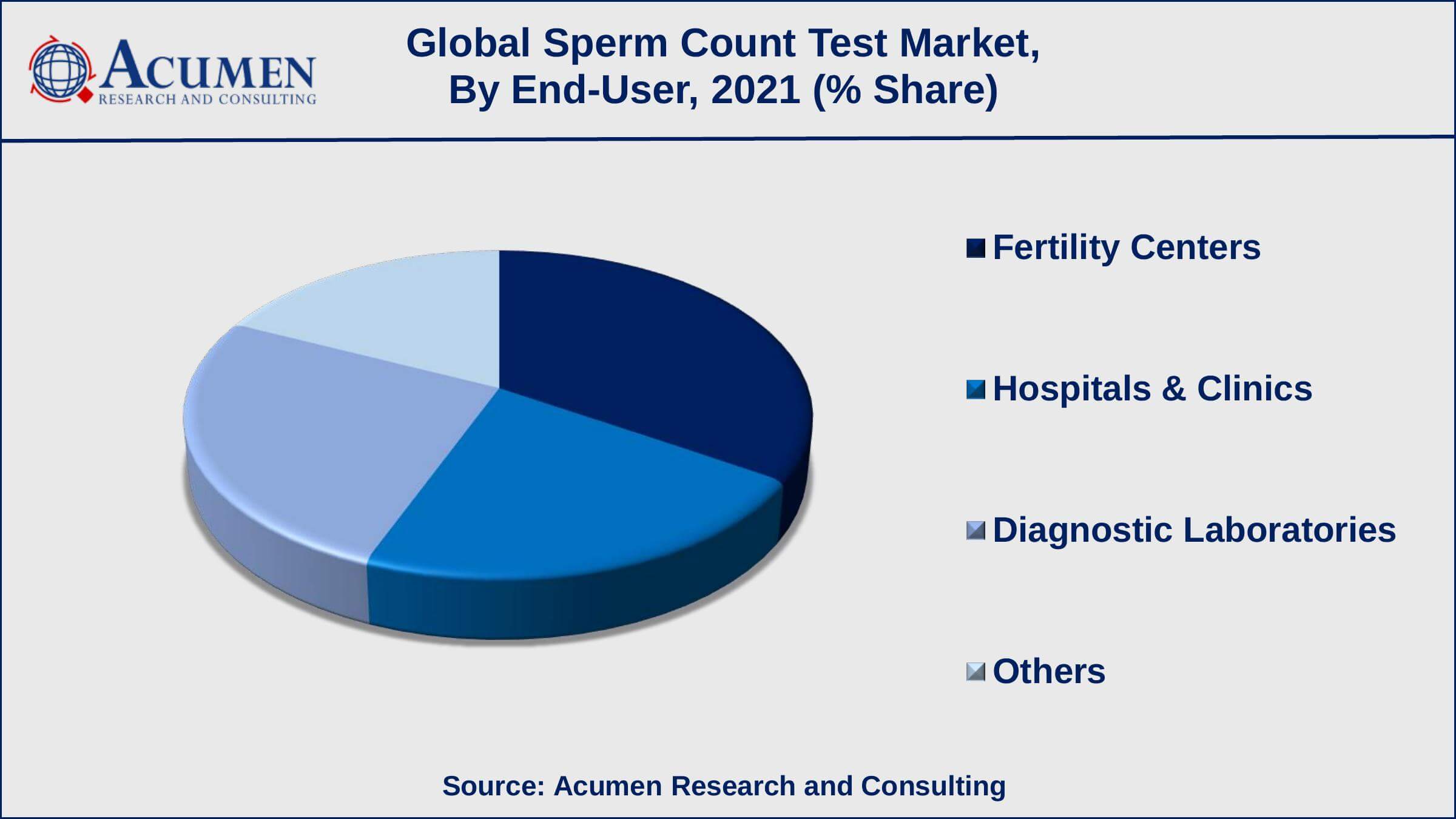 As per the sperm count test market forecast, fertility centers would account for largest market share from 2022 to 2030. The growing number of fertility centers is a trend that has been observed in recent years, as more and more people are seeking treatment for fertility issues. In addition to that, increased cases of infertile men and growth in IVF and vasectomy procedure in fertility centers are also supporting the segmental growth.

According to our regional sperm count test market analysis, Europe gathered a significant amount of revenue in 2021. The significant share in the region is credited to the prevalence of fertility issues rises and the demand for assisted reproductive technologies. North America is also one of the leading regions in the global scenario due to the increasing prevalence of fertility issues, the growing awareness about reproductive health, and the availability of advanced sperm count testing technologies in the region. Meanwhile, the sperm count test market in the Asia-Pacific is expected to witness significant growth because of the advances in medical diagnostics as well as rising awareness regarding the disorder.

What was the market size of the global sperm count test in 2021?

What is the CAGR of the global sperm count test market during forecast period of 2022 to 2030?

Which region held the dominating position in the global sperm count test market?

Europe held the dominating position in sperm count test market during the analysis period of 2022 to 2030.

What are the current trends and dynamics in the global Sperm Count Test market?

The current trends and dynamics in the sperm count test industry include the increasing prevalence of fertility, changing societal norms, and rise in number of fertility clinics.